“Ruthless killing. Lies and deception. Manipulation. These are not the intended goals of globalization, but very often the results. While extending domestic resources across borders creates massive markets for interconnecting products and services around the world, it also exposes the underbelly of a society seeking wealth and power by any means necessary. It’s a high-stakes stage where strategies have moved beyond revenue and profits to life and death.” 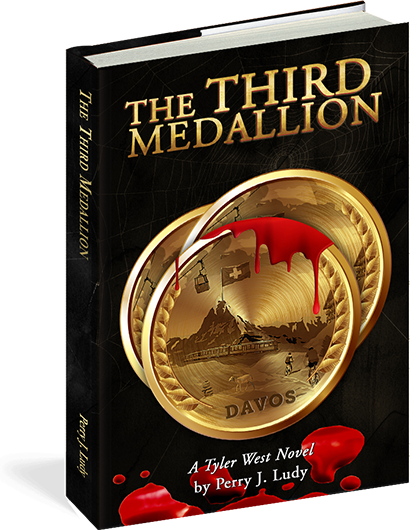 Perry J. Ludy is an author of business books including Profit Building: Cutting Costs without Cutting People, an award-winning management book that is translated into several languages and sold worldwide.

Formerly, Perry was CEO and co-owner of Cutting Edge Pizza LLC, a franchise operator for Little Caesars Pizza throughout five states in America. He also served as president of US Autoglas, Inc., a $250 million national retail aftermarket automotive glass replacement and repair business with 350 locations in the United States and Mexico; and Chief Operating Officer for Environmental Systems Products where he controlled domestic and international operations. As Divisional Vice President for PepsiCo Inc., Perry had complete profit and loss accountability for a Pizza Hut restaurant division with $500 million in revenue and $85 million in profits, with 1,000 restaurants and 30,000 employees.

Perry grew up in New Kensington, Pennsylvania and graduated high school in Oxnard, California. He is a graduate of the University of California Santa Barbara (UCSB).

In 1969, Ebony Magazine and other publications featured Perry as “America’s Boy of the Year.” ‘Boy of the Year’ was the coveted title that went to the outstanding young man selected annually from among some 800,000 youths as the nation’s top junior citizen representing the Boys Clubs of America. For the first time in the 23-year history of the contest, the award went to a Black youth. Perry edged out 1,000 finalists to win the distinction as “the American youth who best typifies juvenile decency”. He received scholarships, appeared on network television and was flown to Washington D.C. to meet with the President of the United States and the U.S. Congress.

Perry now makes his home in Albuquerque, New Mexico with his wife Lynda who is a marketing professional. Perry enjoys gourmet cooking and has an enthusiastic interest in attending cooking schools, having studied at distinguished culinary institutions including Le Cordon Bleu in Paris.

The Third Medallion is Perry’s debut novel and the first book in the Tyler West Series.